Sound is the movement of energy through substances in longitudinal (compression/rarefaction) waves.
The basic idea of the project is to make this energy visible and convert it into something positive.
Sound is produced when a force causes an object or substance to vibrate — the energy is transferred through the substance in a wave.
THE TYMPANUM BROMMA is a huge collector of sound.
While collecting the sound waves, thousands of membranes are absorbing the sound and typanic components are converting it into electric energy.
Through wires this energy is brought into the heart of Bromma next to the Bromma Kyrka, where the Bromma Heat Apple is situated.
At THE BROMMA APPLE where all the wires are channeled, the energy is transformed into light and heat. A glowing ball indicating and encoding the volume of traffic and resulting sound in real time. 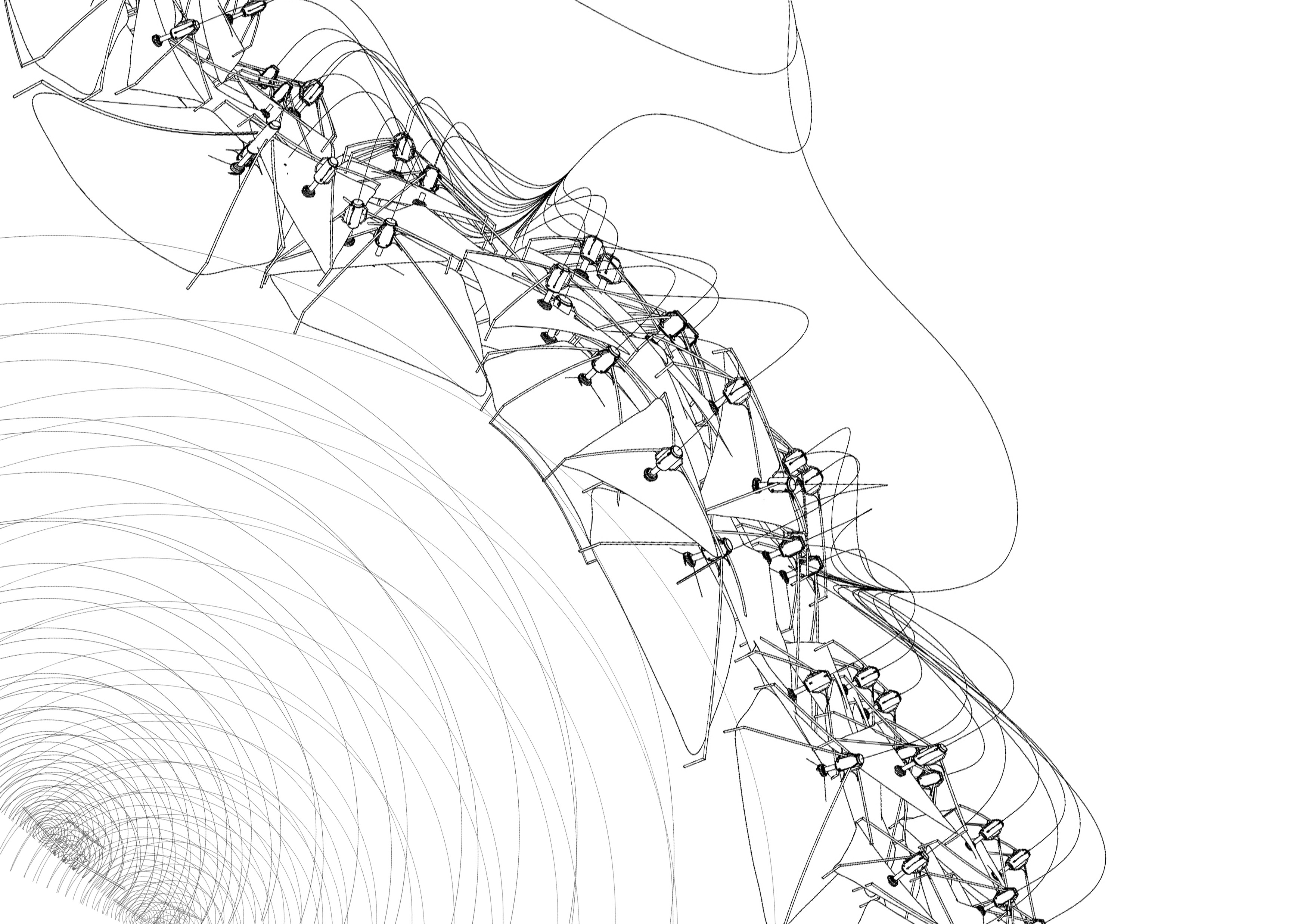 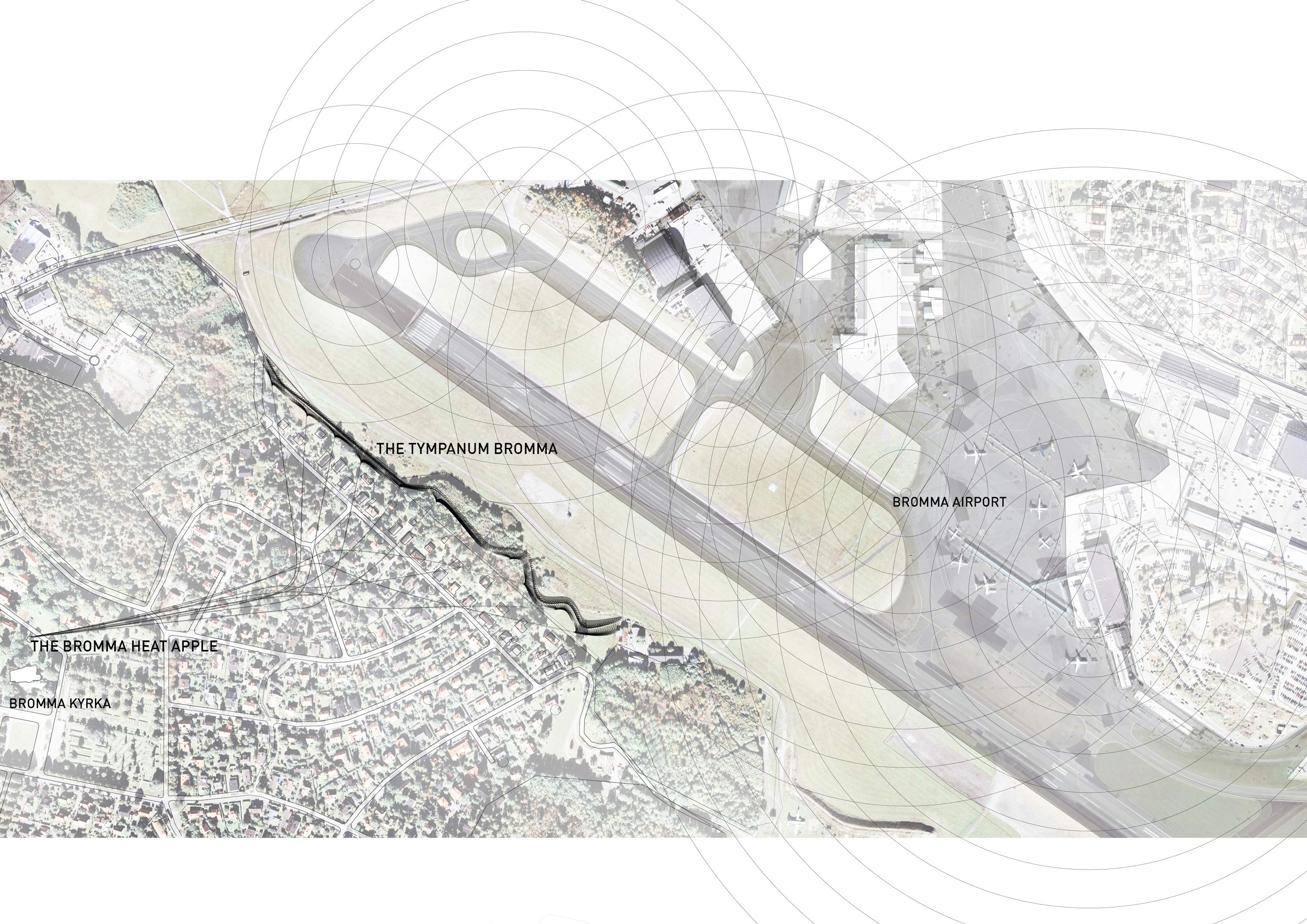 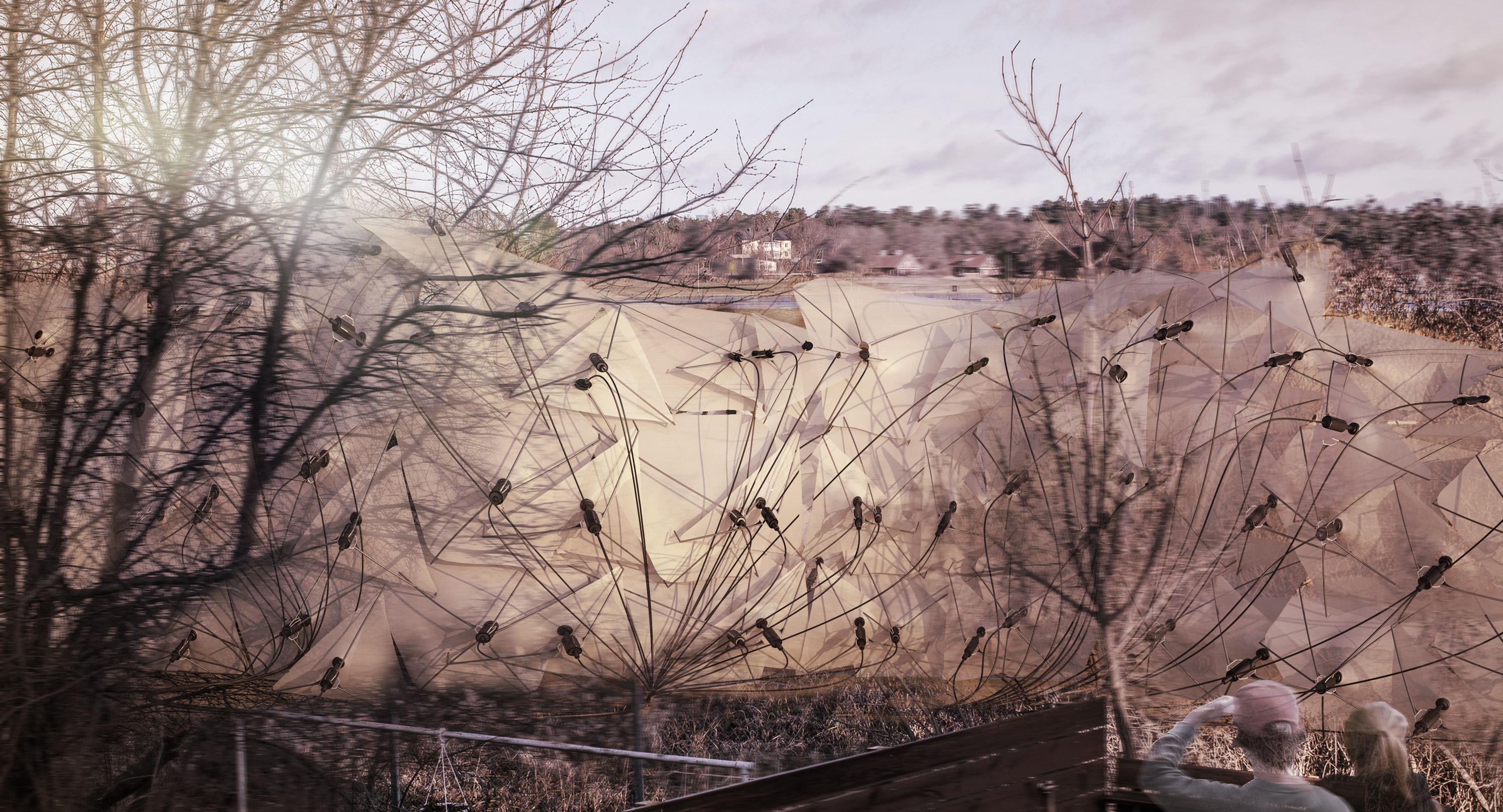