up, up! A PUBLIC SEA PLATFORM FOR ISTANBUL

up, up! is a public sea platform located on the coast of Üsküdar.
Considering the density of Üsküdar neighborhood, our architectural proposal steps
out of the Sinan’s triangle and lands on the Bosphorus’s water, providing a new public
space, away from the city traffic and its increasing load.
Thus by respectively stepping out of the triangle, one sharpens the view and creates a
new dialog with it.
up, up! is a public sea platform reenacting the lost Ottoman Turkish
archetype of Sea Baths. Covered by a giant floating canopy, it hosts
numerous open-air activities, such as fishing, open-air cinema, social gatherings,
open-air concerts, and sunset watching for Istanbul’s people.

From the Bosphorus, the structure is perceived as an
accumulation of inflated domes floating above the sea. The
Inflatable shapes a quiet interiority towards the water, lifted from
beneath by wooden pillars, inspired and adopted by Sinan’s domed
Baldachin architectural method. In Sinan’s architecture, the
Baldachin was the uniting element of walls, ground, and dome, the
key to Sinan’s greatness. Sinan understood how to connect the domed
vault to the underlying geometric bodies in a compositional and
constructive manner. The spatial organization developed around the
Baldachin systems and is evident in the mastery.
In our design proposal, Sinan’s architecture is well-conceived in his
impressive way of using architecture as his technological apparatus
that embraces water and air circulation and in connecting the
public with these elements through his structures.
The architectural proposal considers many aspects of Sinan’s
mastery: the precise decision-making of “where to locate the
architectural body” as in Semsi Pasa Mosque that tells the mythical
story of Sinan’s talent in building a mosque in cross-sections of nordic
and southern winds. Sinan was the figure who paved the foundations
of bringing water to the people of Istanbul, whether it is
genuinely planned aqueducts or his hammam architecture. His strong
knowledge of navigating water towards people is an inspiring
architectural gesture. On our site, in Üsküdar, all three of Sinan’s
architecture display a unique relationship with the water and connects
the public with the sea. Therefore considering his site-decision and
relating water to the public, the triangle guides us necessarily towards
the Bosphorus’s waters. It is evident for us to propose an
architectural intervention that offers a step to the people of
Üsküdar towards the sea. 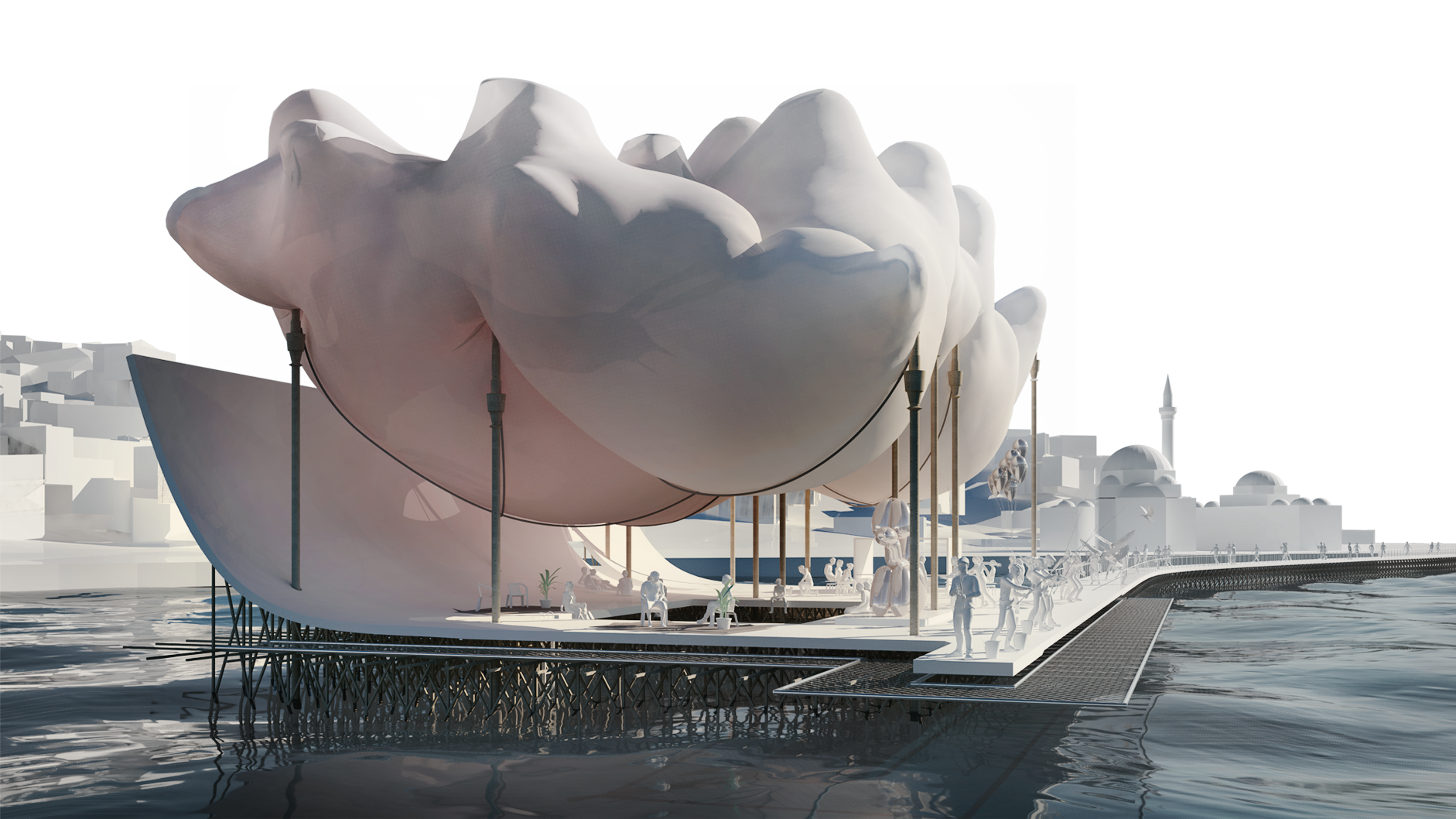 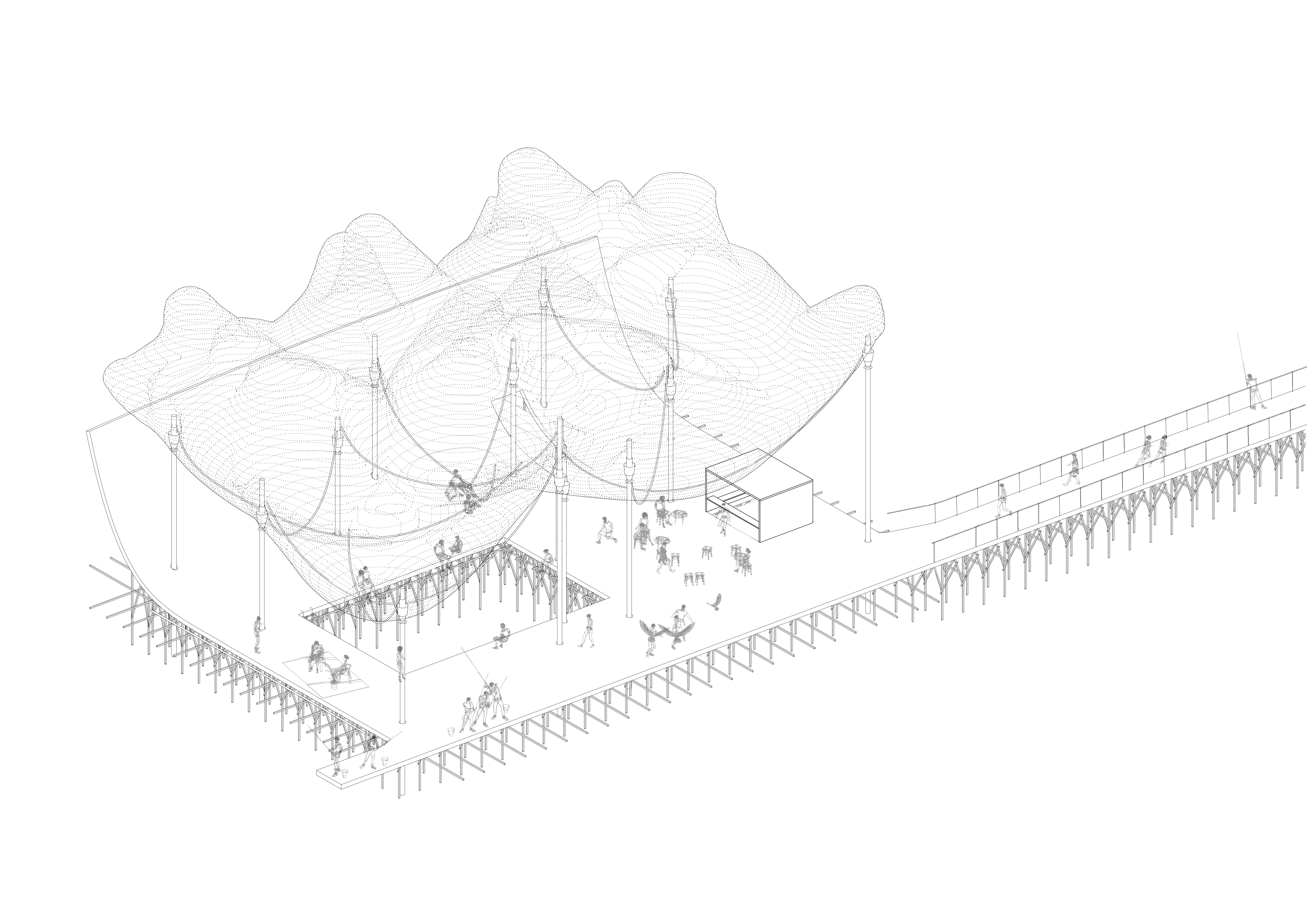 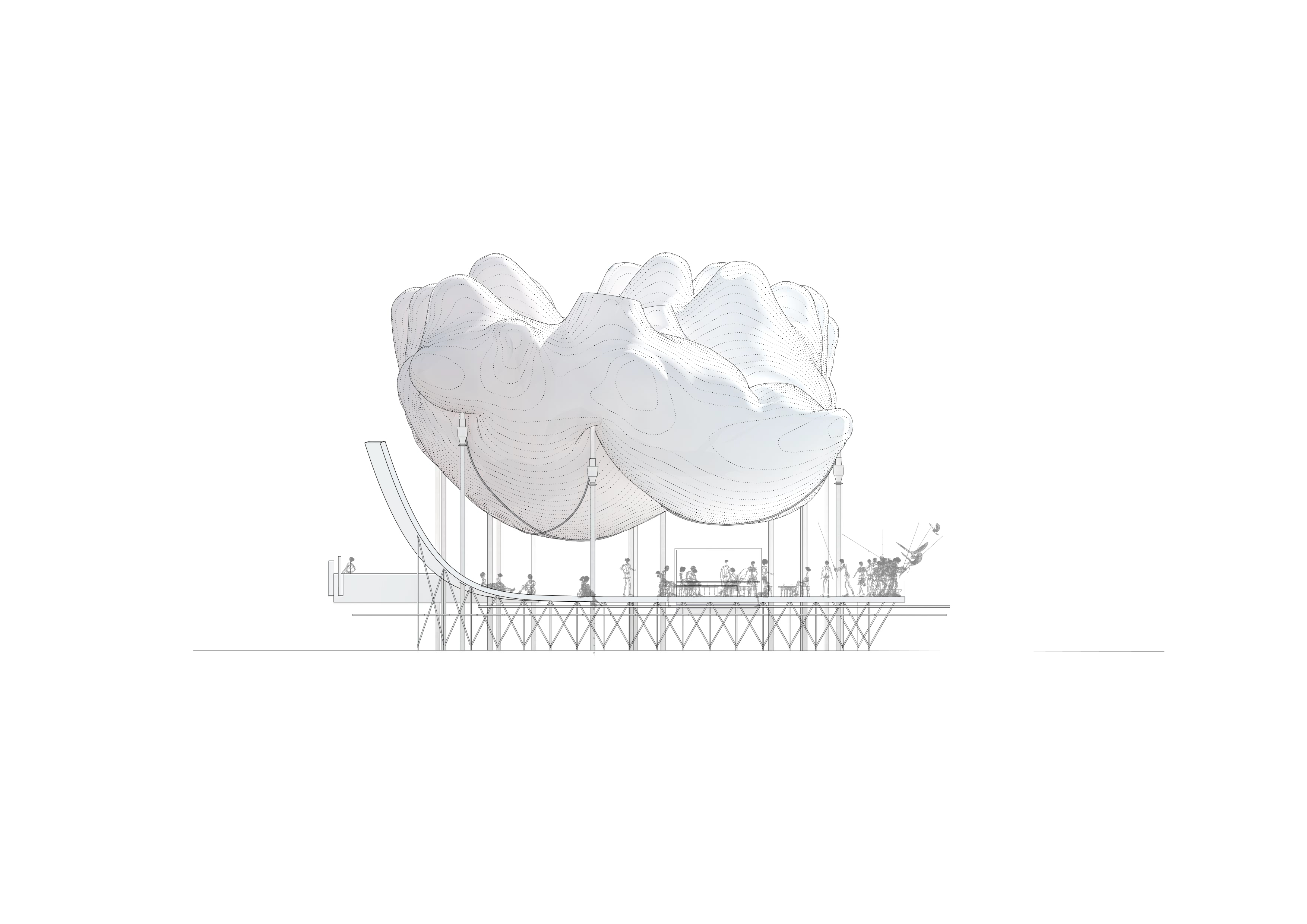 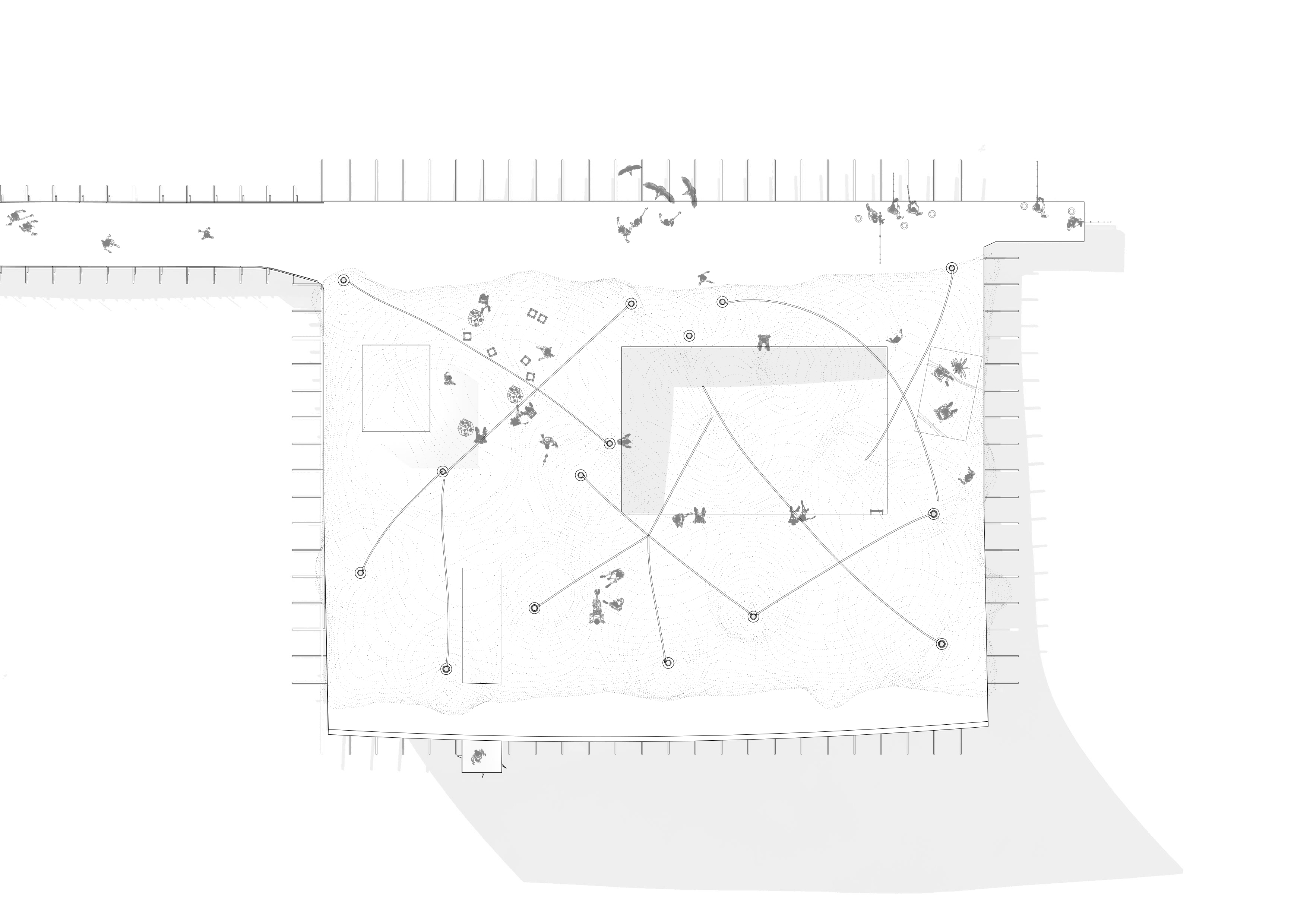 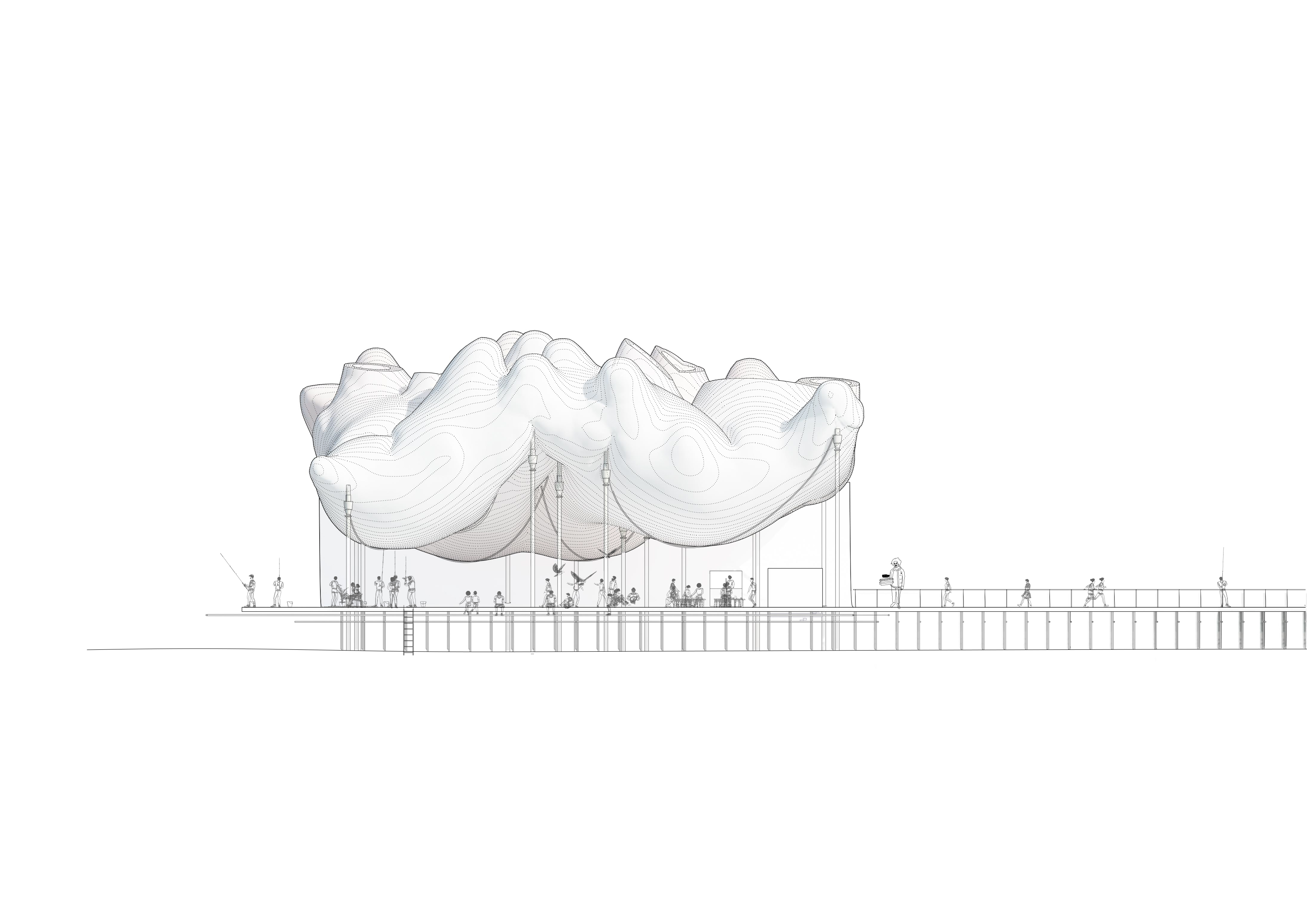